A Perspective on Learning 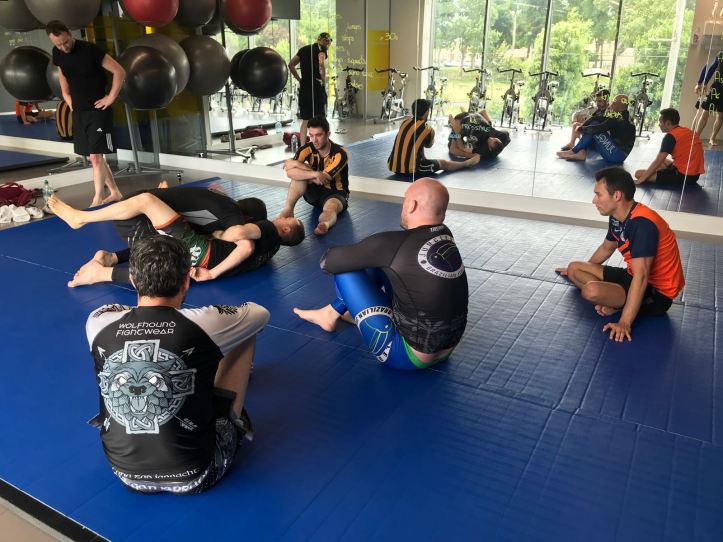 Where do I start…

“I’m a white belt when it comes to X, Y & Z” is a common phrase to hear on the Jiu Jitsu mats. Even if you are talking about something like say, knitting.

It’s rather strange thing when you think about it – when this phrase is uttered around the company of Jiu Jitsu practitioners, they will generally reference the societal microcosm of the Jiu Jitsu mats and understand your relative level of ability, regardless of the activity.

Who’s a know it all?

What if I told you that some people of low abilities can overestimate their competence as superior in relation to others? I’m sure this doesn’t surprise you and perhaps you have met people like this before, or perhaps you have been one of these people.

In the field of psychology, through the studies of David Dunning and Justin Kruger. They came to terms with the cognitive bias that manifests in relatively unskilled people as an illusory perception of skill in relation to others. What this translates to really is ‘the ignorance of ignorance’. This can be true to some degree in Jiu Jitsu, for a short period of time but at the end of the day. The mat doesn’t lie…

Your skill or lack thereof can’t be hidden from you in training. You spar with people who can provide 100% resistance to you whilst mostly avoiding injury to you or them. This is one of the most beautiful and extremely humbling thing about Jiu Jitsu, you get to see what you’re made of. I, and I’m sure that there are many others who think the same believe that it is one of the most honest forms of expressions.

When you begin to feel a sense of competence, that can all comes crashing down the moment you have to roll with a higher belt. It also gives you a great perspective on the levels of ability in the art that can translate to any domain.

In Jiu Jitsu there are five belts. White, Blue, Purple Brown & Black. The average amount of time spent traversing through the belts is twelve years. When you think about it there are very few disciplines that require an average of twelve years to reach the highest echelon of recognised competency.

The perspective this give to you on ability and learning is really invaluable for understanding the respect you must give any given task on the path to mastery.

I find that this humility can be a great catalyst for finding the motivation to continue in your pursuits no matter how difficult they may seem. Everyone starts out as a white belt, and everyone can make it to black belt, all you have to do is keep turning up ,regardless of your current ability.

It is an almost cliche thing to say but in the pits of despair at how high of a mountain you may have to climb to achieve your desired goal, understanding the levels to each game and being able to reference them to an activity such as Jiu Jitsu where the feedback of your progress is near instantaneous, this can provide great solace.

There is great solace to be found in Jiu Jitsu and the perspective it gives you on learning where you can honestly tell yourself, just keep on keeping on and you will get there, as many have before and many will to come.